If you want to ask me something, you can talk with me via Discord.

Do not use my tracks without permission. 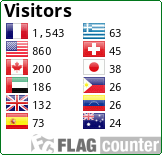 Hello, this topic is more than a year old.
Please check the date first before replying to a topic.

14173 pts ★ Champion
France
On 2021-10-28 at 12:17:46 in /!\ Report / Signalements
Miles_B9876 wrote:
I also think landon should be banned since he was angry because he lost in a race with VC (my good friend). Then, he spammed a message on VC's side with lots of mean stuff on it, and Also, ask me if he wanted to see his face! This probably means he is a hacker. And hackers are not alloud in mkpc
Wanting to show your face to random people isn't good for online privacy, but it doesn't mean that you're an hacker.


Miles_B9876 wrote:
Here is proof of landon being bad:

I'm just going to warn him for his spams in DMs.

Running in the 90's : Complete the track in less than 0:48:800 in Time Trial mode, with Birdo, without falling

Running in the 90's : Complete the track in less than 50s in Time Trial mode, with Bowser

Running in the 90's : Complete the track in less than 47s in Time Trial mode, without falling

Cap'n of this Ship!

Airship Chaos : Finish in the 1st position in VS mode

Last message by MisterCringeh at 8:03

Mini tournaments on the MKPC Lounges/...