Hello.
I'm LuigiDawg. I'm a hardcore Mario nerd. You might know me from meme arenas such as DO THE MARIO, B U P, Steamed Hams!, and THIS IS THE GREATEST PLAAAAAN!, as well as making the Add 1, Remove 1 topic/game.

For those who want to know, I am male.

I'm usually on Do Not Disturb, so if you try to talk to me in private message, I'm probably not going to respond.
Also, I usually don't race online, so that's why my race rank is so low.

You know how I said that I was a hardcore Mario nerd up there? I wasn't bluffing; you can ask me pretty much anything about Mario and I'll have an answer.

Does anybody else like Book of Mario? You know, the google translated Paper Mario made by FatGuy703?
Are me and The_Garfield_Gamer the only people here who know what that is?
*sigh*

Me, ToxTurtle101, and The_Garfield_Gamer kind of made a battle arena dectet(it makes no sense but that's the word). Tox made Nathaniel Bandy, Nathaniel Bandy 2,  Don't be a dinophobe!, and SO LONG, GAY  BOWSER!, I made B U P, Steamed Hams! DO THE MARIO!, and THIS IS THE GREATEST PLAAAAAN!, and The_Garfield_Gamer made PogChamp and Always Has Been. You should check them all out.

Speaking of those guys, you should check them out. They make cool stuff and are really nice people too.

These people I don't interact with too often, but I'd still consider friends and good people:
@ToxTurtle101
@Toad64
@Veethan23
@AquaVay

And these people I was friends with, but then they just vanished off the site:
@DryBonesFan5924
@Hellojellomello

There are more good people on this site, but I think my "about" is long enough, so I won't list them. 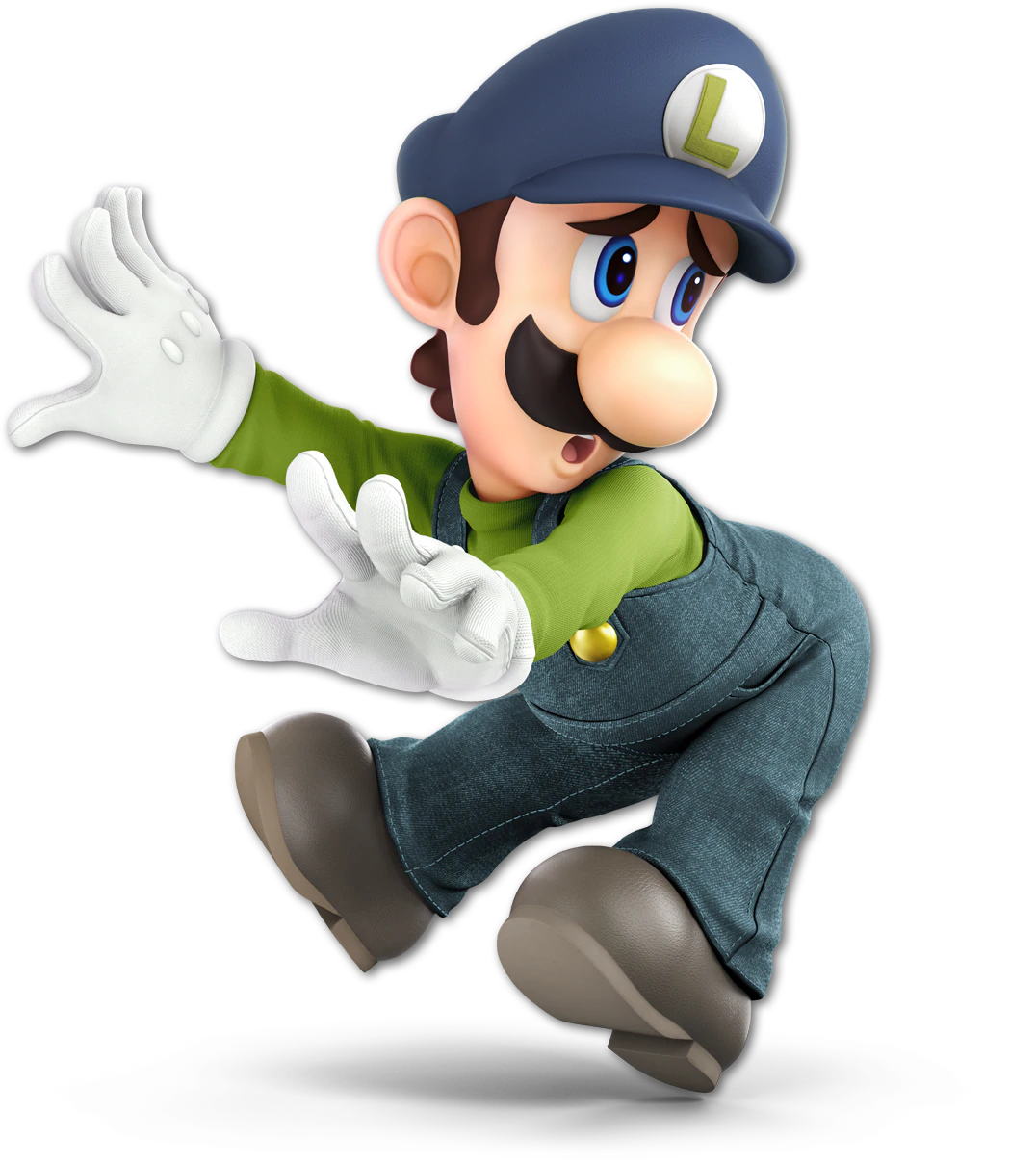 I play Pokemon Showdown under the username "The Growlithe Guy". I usually play LC (Little Cup) but I'm not that good at it, but I'd like to think that I'm halfway decent at it.

Anyone else want Paratroopa back in Mario Kart? Just me?

Hey...what if they added Paratroopa to Mario Kart PC? That would be sweet.

ALL HAIL LIFE SHROOM POKEY
Will add the backstory at a later date.


I make a crapton of challenges.
So if you want challenge points, you've come to the right guy.

Picture Poker is the best 64DS minigame, and there's no arguing about that.


Speaking of FatGuy703, you should check him out on Youtube. He's pretty cool. While you're on YouTube, check out Chuggaaconroy and DGR. Both also make good content.
Y'know what, I'm just gonna list Youtubers you should check out.

I was looking for Mario Kart track creators, and I stumbled across this site. Oh boy, am I glad I found this site. 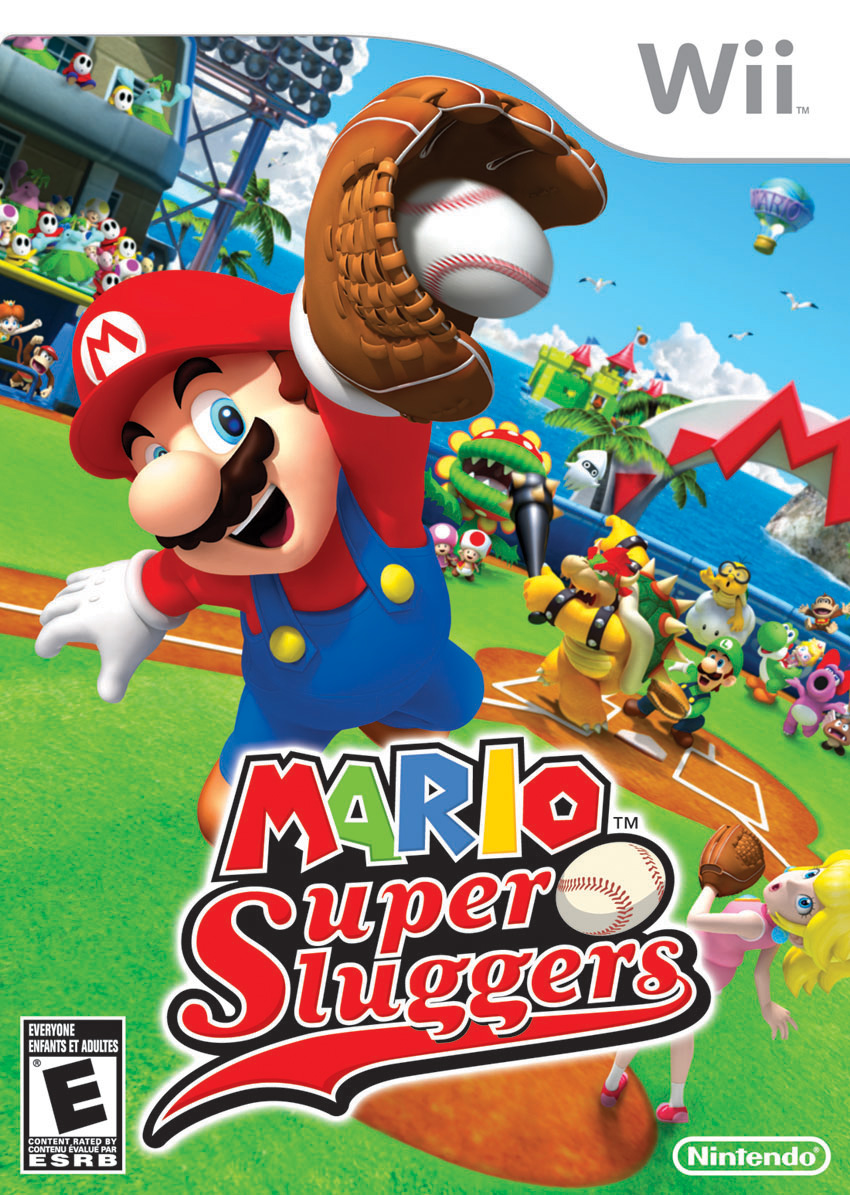 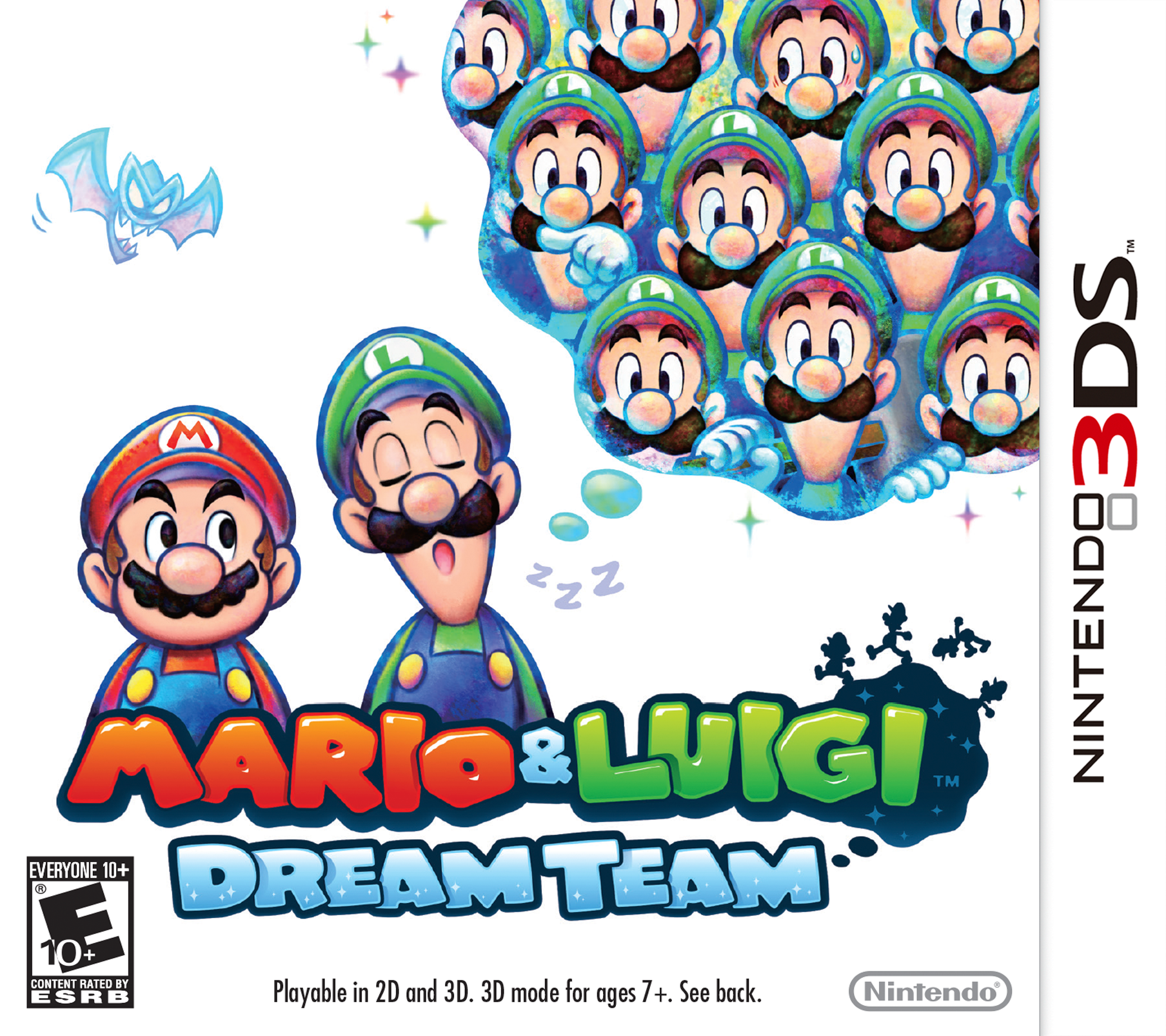 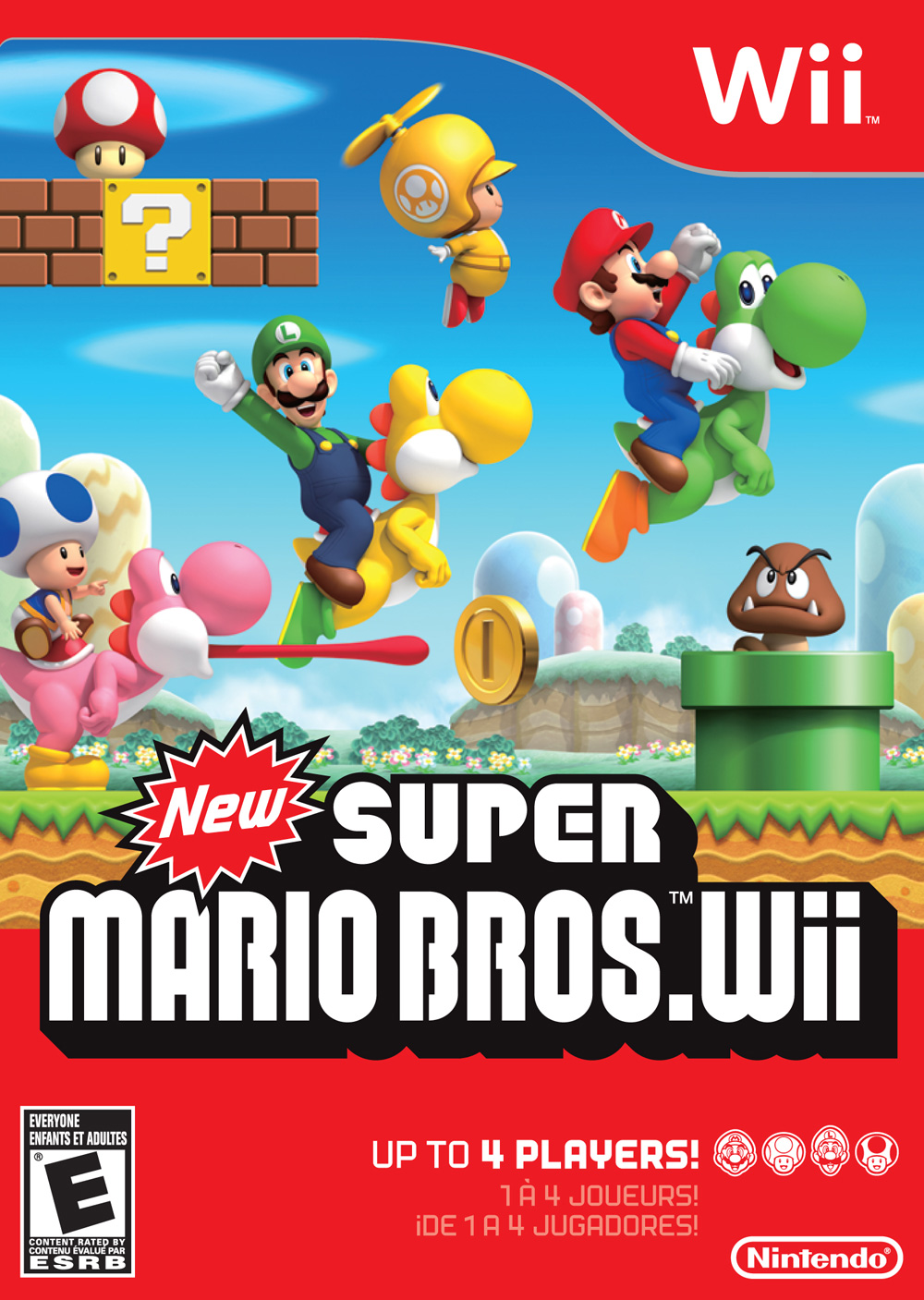 AND IF YOU HAVE PEOPLE IN YOUR HOUSE YOU CAN PLAY GAMES WITH, THIS ONE AS WELL.
Oh yeah, and I also have a very strong hatred for this game's version of Airship Fortress.
Seriously, they need to fix Airship Fortress. The bullets are way too big and come out way too fast.

Unrelated, but I think Michigan is the best state in the USA.

Here's a little thingy I decided to put here: 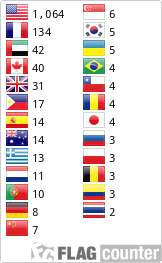 ^LOOK AT HIM DANCE

That's about it. For real.

By the way, thanks for wasting your time to read my About section!


Stop reading this and just play the game already? Even if the community is, in all honesty, an absolute train wreck, the game itself is pretty good, so go play that. Have fun instead of reading about sections. 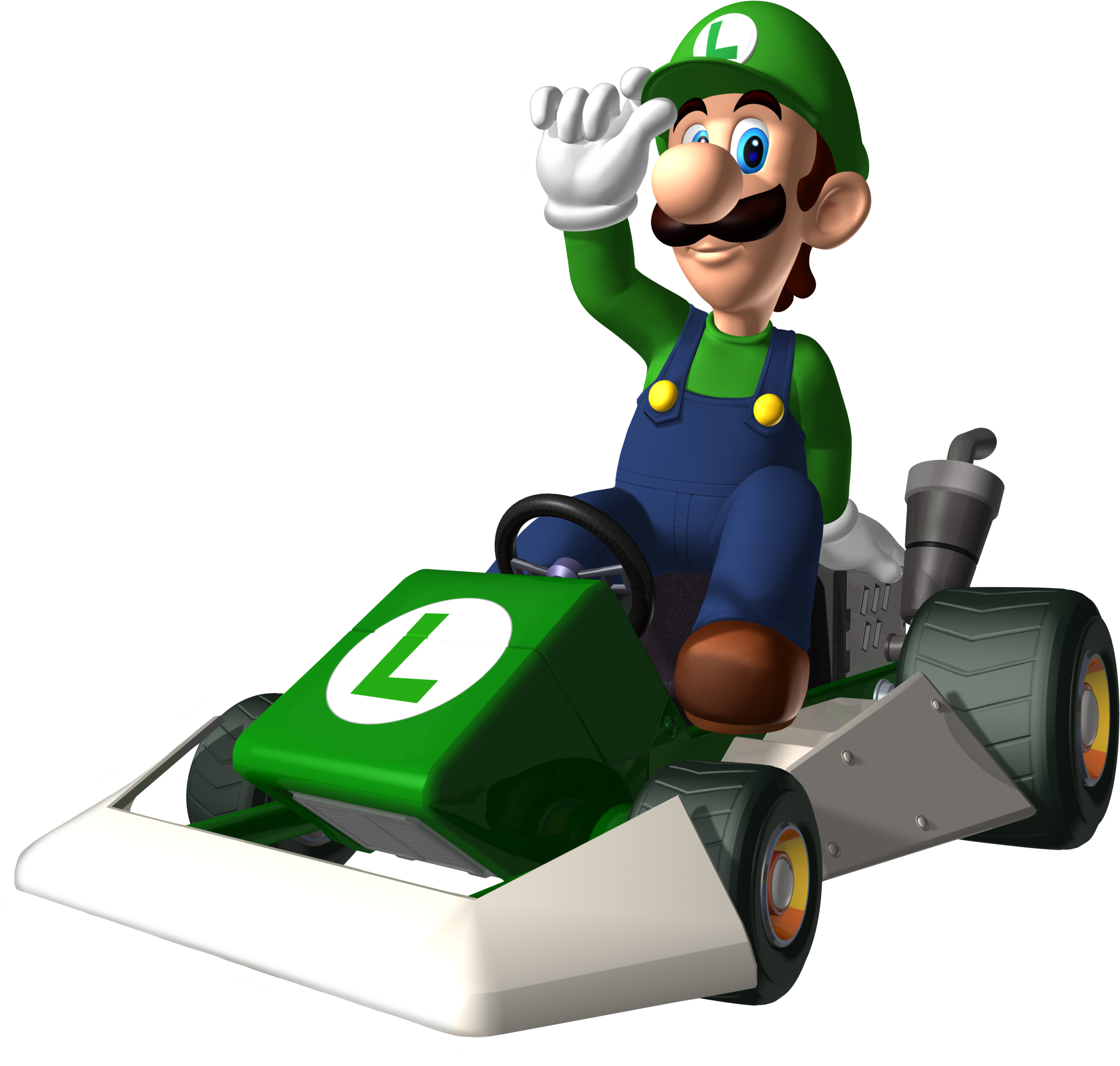 Is this amount of Luigi images overkill?

At this point, I'd rather not keep getting notifications about people not knowing nor reading the original message of the topic.

I'm locking this topic, so sorry to those who liked this topic for whatever reason, even though there were much better game topics out there.

6206 pts ★ Racer
United States
On 2022-05-16 at 12:49:29 in Mario Kart Tour is the best game...
hoppingicon wrote:
Some tracks are more biased than others including Yoshi Circuit and Cheep Cheep Lagoon for example compared to Rock Rock Mountain which took over a year to reappear
Actually, after doing some reasearch, Rock Rock Mountain had actually appeared in the most tours of any course for a while, and presumably, it didn't show up for 13 tours (August2021-Feburary2022) so that it didn't seem like they were favoring it. At the time of the Frost Tour (the second to last tour to feature it as of writing this), it had been used in 16 tours!
Now, the most used courses are Yoshi Circuit and Waluigi Pinball, and considering that in a 5 Tour span (Sky-Amsterdam), Yoshi Circuit was in 4 of them...
I think we can be saying sayonara to Yoshi Circuit for a while.
They're not playing favorites, they're trying to make sure some tracks aren't overused! (Though Sunset Wilds R/T HAS appeared in just as many tours as the other variants, so I donno how they f*cked that up)
LuigiDawg

6206 pts ★ Racer
United States
On 2022-04-18 at 21:52:14 in Retro Tracks for Mario Kart 9
People here seem to be making their retro track lists with the idea that Nintendo's going to re-use tracks they've already made retros out of. Considering the only courses they've done that to before are all in DLCs, I think it's safe to say the next mainline Mario Kart is NOT gonna be like that in its base game retros.
I'll list what I think is the best idea for the MK9 Retros, and I'll explain some of my odder choices in a paragraph below those.

Now for some explaining:
-SNES DP2 could easily be replaced by either VL1, GV1, or maybe even KB1, but personally, I think DP2 just has a more unique and interesting course layout. ...even if they just used DP3 in MK8.
-Similarly, Boo Lake could be replaced by Riverside Park, and...that's about it. None of the other GBA tracks (that haven't been remade yet) are easy enough for them to be used in the Banana Cup.
-Shy Guy Falls could probably be replaced by Twisted Mansion if Boo Lake isn't used.
-Hyrule Circuit realistically isn't going to be reused, so instead that slot could be filled by Mario Circuit or Thwomp Ruins.
-N64 Wario Stadium has to either be the end of the Leaf Cup or the first course of the Lightning Cup. Its length warrants it being cup down to 2 Laps like Wario Colosseum, and it'd work best as a finale course to the Leaf Cup. If you put it in the Banana Cup clearly you're not thinking straight.
-SNES MC4 is at the start of the Lightning Cup because MC3 was too in Wii.
-Before you say anything about Wario's Shipyard being in the cup before Mario Circuit, let me remind you that "Being placed in the same order as their OG games had them" is NOT a rule. I can think of 5 different scenarios where Nintendo has put courses out of order, and 3 of those scenarios are from Wii. 3DS Mario Circuit works better as an opening course for a cup anyways.

And if you're wondering what I'd say for Battle Courses, well, I think one from each game is a bit...excessive. At most it'd probably be 6 battle courses, and the best options probably are:
SNES Battle Course 2 (or 3)
N64 Double Deck
GBA Battle Course 4 (or 2)
Wii Block Plaza (or Funky Stadium)
3DS Honeybee Hive
NX (or NS) Dragon Palace

-SNES Battle Course 2 is using the Koopa Beach theme, so they could easily use the Underwater mechanic.
-All 3 of the remaining GCN Courses are too small to work in some battle modes, like Renegade Round-Up. Same thing for the DS Battle Courses.
-Dragon Palace is probably the best choice of the 8 Deluxe Battle Courses. Sweet Sweet Kingdom is not fun, and Lunar Colony has too bland of a layout for my liking. Debatably Battle Stadium might be a better choice, however.

And that's it. I can't wait for several 10-14 year olds to criticize my choices because they aren't the same as theirs!

Take one step, and then again!

DO THE MARIO! : Go to Lou Albano's shoe (not the one you start on, the other one)

B U P : Finish the game in the 1st position with Toad

B U P : Finish the game in the 1st position with Toad, without making stunts, without falling

Fixed a wall in Murky Grove

Removed the Volcano in Blazing Bonfire Badlands, the MiniMap Icon keeps not working for no discernable reason and it'll just end up looking better without it

Fixed the minimap icon for the Volcano in Blazing Bonfire Badlands, again.

Among Us: The Airship : Test the arena.

Untitled : Complete the track with Petey Piranha, without drifting

Last message by BlockClips on 03-30

Last message by GaryTheCat-AmyRose on 11-08

If You Are A Mod Or Admin, Please Rea...

Lets talk about pokemon and there types

Last message by Piranhaplantproductions44 on 10-07