mario and sonic at the olympic games 2020

In Switch by Shu_N
Mario & Sonic at the Olympic Games Tokyo 2020 is a sports game jointly developed by Nintendo and Sega Games. Nintendo Switch version was released on November 1, 2019, the arcade version is scheduled to start operations in prospect 2020 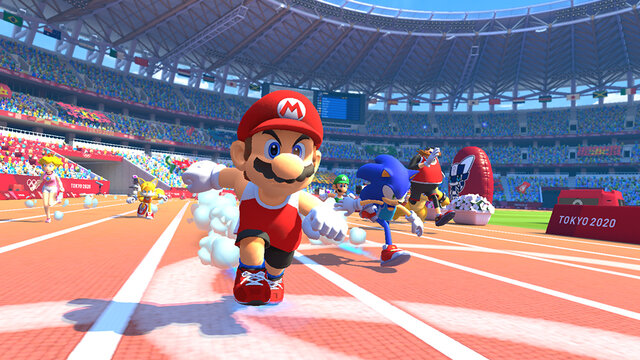 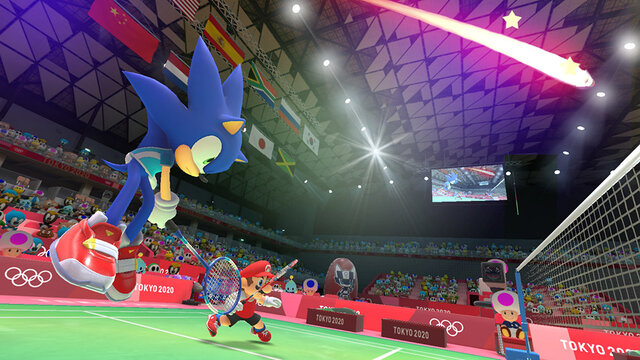 The sixth Olympic game in collaboration with Nintendo's Mario series and Sega Games' Sonic series. Set in the 2020 Tokyo Olympics, which will be held in Tokyo in 2020.

This work contains a variety of competitions, including those based on the 1964 Tokyo Olympics held last time in Tokyo. In this mode, all the game screens are depicted in dot pictures, the Mario series characters are the Super Mario series first work "Super Mario Bros.", the Sonic series characters are the first series "Sonic the Hedgehog" dots The one based on the picture is used.

(Overview)
In addition to this work, Sega Games plans to release and distribute IOC official games such as “Tokyo 2020 Olympics The Official Video Game” and “Tokyo 2020 Sonic Olympics”. This is also the first time that Sega Games is in charge of the worldwide release of the game, just like “Mario & Sonic AT Beijing Olympics” to “Mario & Sonic AT London Olympics” outside Japan.

Game mode
One match
You can play the events recorded in the “Tokyo 2020 Games”, “Tokyo 1964 Games”, and “Dream Games” described below. Except for some competitions, it supports up to 4 players or cooperative play.
Story mode
Luigi and Tails head to rescue Mario, Sonic, and Toad who were sucked into a retro game machine prepared by Bowser and Dr. Robotnik.
The story progresses by playing various competitions and mini-games.
My data
In addition to changing game settings and browsing play records, you can play mini-games in story mode and browse acquired trivia.